We are a consortium of partners rooted in Amsterdam-Zuidoost who are dedicated to helping better put Amsterdam-Zuidoost on the map. We work together to amplify the existing work of guides, connoisseurs, artists and entrepreneurs who have already shown the value of this neighbourhood. 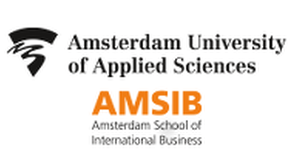 Using the Mapping Imaginaries methodology, we contribute to the visualization of alternative histories of the origin of the Bijlmer and its surroundings.

Instead of emphasizing the good intentions of the 1960s, with a Bijlmer designed for the local middle class, we believe that it is more useful to emphasize that reality may have provided a much more fascinating story. Despite all the plans and failed executions of the 1970s and 1980s, people from all over the world have managed to relate to the Bijlmer in today’s Amsterdam-Zuidoost as a beloved place where people like to live, do business, continue to learn and engage.

In this context, the new Bijlmer built from the 1990s is also increasingly taking shape and personality. See, for example, the reference points in Ganzenhoef with the new districts such as Gulden Kruis, the renovated metro station Ganzenhoef and the Bijlmerdreef, which is increasingly taking on the character of a real avenue. It is precisely by bicycle, (or perhaps also scootering or running through cycle paths) that long distances can be shortened and one can understand all the possibilities to connect the different styles and stages of areas, increasingly seen as a whole in the Bijlmer and Zuidoost. The differences in this neighbourhood make it exciting. The challenge, as architect and well-known Bijlmer expert Peter Dautzenberg recently stated, is to ensure that the different transitions between and another area are well articulated.

This was very clearly seen in Egeldonk 50. The old nursery has now been transformed into a reference point, a real anchor point where different ideas have resulted in a visible point of reference. A local residents centre, a vegetable garden, an inviting bar and café, an architect space make the place attractive and collect the knowledge and beauty of the various elements in the area. In our view, the adjacent and recently built new district in Diemen Holland Park is already a clear continuum in the making. Also from here, five to ten minutes by bike, we are back in the student campus Diemen and also very close to Spinoza Campus and the starting point Spinoza Imaginaries Lab & Café.

It is therefore not for nothing that we believe it is very important to continue to interpret and record the extensive knowledge that has nested itself in Amsterdam-Zuidoost and continues to develop. The Mapping Imaginaries Encyclopedia Moving Amsterdam is in the making. With entries for the various anchor points it is a tool to actually do this, in a way that does justice to the diversity of Amsterdam-Zuidoost.

In this mapping we work on describing the place and the ideas that have been taking shape within it. For example, we find it useful to map:

ORIGINS: What are the origins of the place? Why was it made/built? What was there before?

STYLE: What is the style (or styles)?

EVOLUTION: What are the (possible) prospective evolutions? The chance to become?

AUDIENCES: What are the current audiences that have been gathering (online and offline)?

LINKS: What are the associated linked gathering places (in this city and abroad)?

In this way, we can start to build images of places as diverse and multi-faceted.